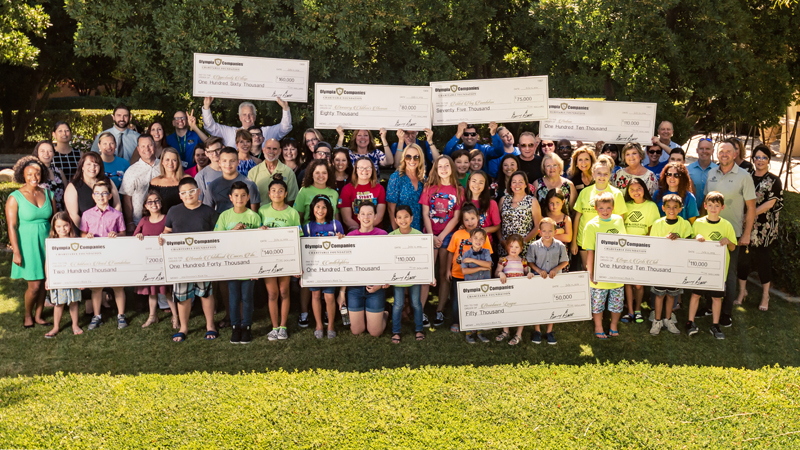 Upon arrival, founder of Olympia Companies SH Charitable Foundation and CEO of Olympia Companies, Gary Goett, presented each of the nine charities with oversized checks. Nearly 160 attendees joined together for photo-ops celebrating the successful, philanthropic endeavors to improve the quality of life of women and children in Southern Nevada.

Once given the green light that the pool was open, the kids cashed in on their party favors supplied by OCSHCF that included beach balls, bubble wands, sunscreen, water toys and more and made a splash. Properly equipped for maximum fun, it was finally party time! Having set up dozens of yard games on the lawn including a water balloon toss, a grass-painted soccer field, a giant toppling Jenga game, oversized hopscotch, and much more, kids had the choice between swimming, playing games, hamming it up with props in the photo booth, getting a couple of temporary tattoos, or even opting for a colorful face painting!

It is estimated that over 100 naps were taken later in the day, and although tummies were full, hearts were even fuller as the Pancake Pool Party and Check Presentation came to a close. With that, we’d like to thank each and every one who joined us for yet another fun-filled and memorable event.