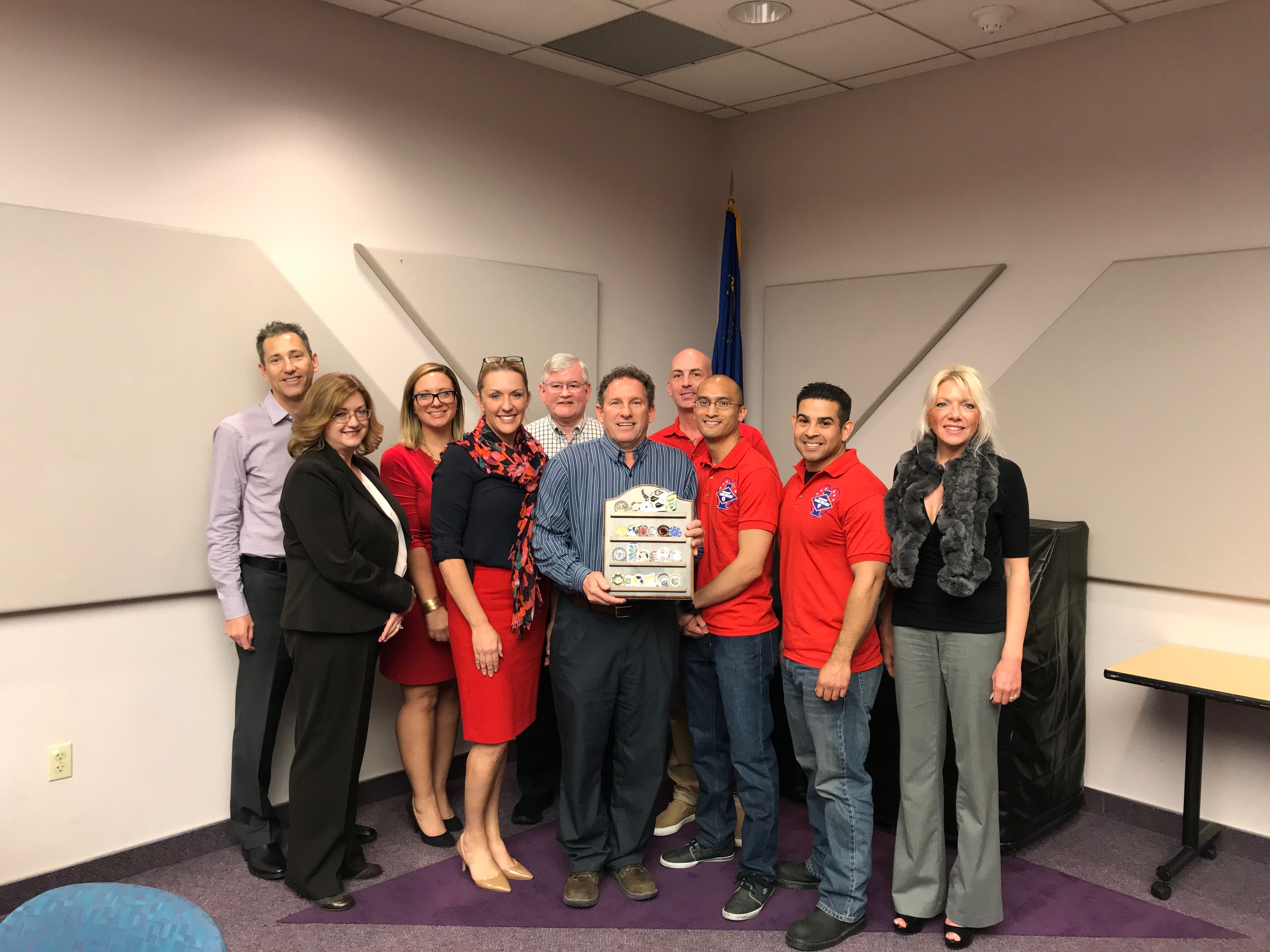 Representatives from Operation Warm Heart delivered a heartfelt message of gratitude to Southern Highlands board members and residents gathered for the master-planned community’s first board meeting of the new year, held January 18, 2018.

Spearheaded by the First Sergeants’ Council of Nellis and Creech Air Force Base, Operation Warm Heart is a private, non-profit organization that provides financial assistance to local airmen and their families.

For more than a decade, Southern Highlands has recognized Operation Warm Heart as its charity of choice, with community events throughout the year—such as the Winter Festival and Tree Lighting—

providing opportunities for residents to make donations and financial contributions to the organization. To date, Southern Highlands has raised nearly $180,000 for Operation Warm Heart.

Outgoing First Sergeants’ Council president Msgt. Jonathan Baysa thanked meeting attendees for their continued support year after year and shared the story of one young airman who received financial support to help feed his family of four, thanks to Southern Highlands.

Added incoming council president Msgt. Jose Sanchez, “There are hundreds of examples that happen throughout the year—it’s not just during the holiday season. Your contributions help throughout the whole year.”

That said, the holidays are still a time when help is in highest demand, and Msgt. Kevin Rice shared statistics with board members to demonstrate the positive impact of their fundraising efforts, which this year resulted in 270 Thanksgiving dinners and a successful Christmas toy drive that collected $75,000 worth of toys and $1,100 in baby clothes for local military families in need.

“[Your support] touches so many people in our small community on the north end of town,” said Rice.

Representatives of Operation Warm Heart also presented board members with a collection of coins bearing the insignia of each unit based at Nellis and Creech. Angela Rock, executive director of the Southern Highlands Charitable Foundation, joined board members Angie Williams, Larry McCullough, DC Graham, Robin Nedza in accepting the coin on behalf of all Southern Highlands residents. 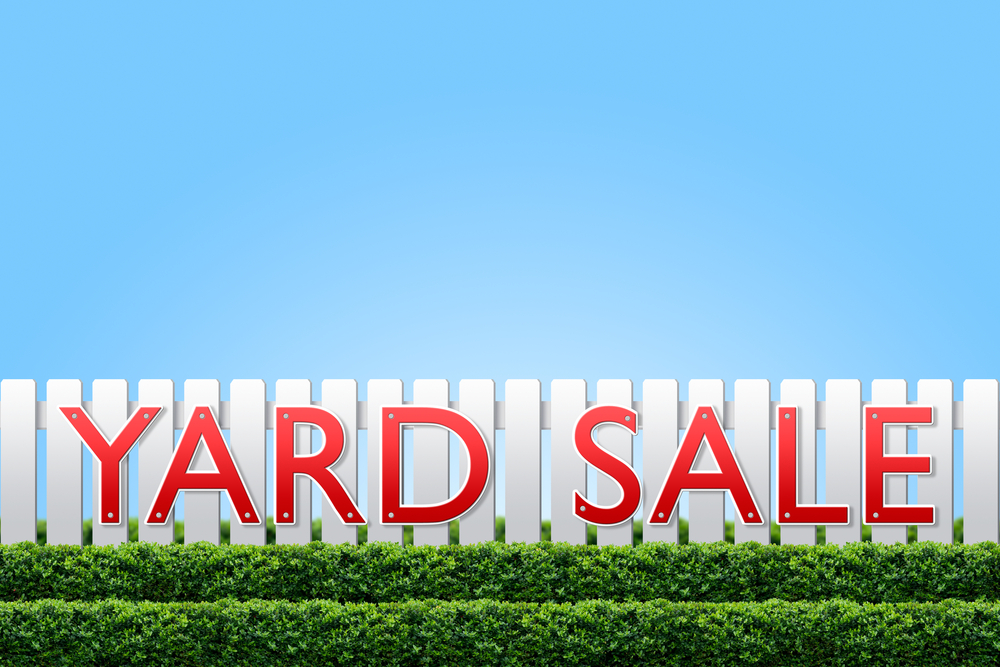 Closets around Southern Highlands are feeling much lighter after the 2018 Spring Community Yard Sale held March 17-18—about three and half tons lighter, to be exact.

The two-day neighborhood yard sale also included a donation drop-off for the Opportunity Village Thrift Store. Southern Highlands residents delivered more than 1,200 lbs of good-quality used furniture, housewares and clothing for the store, which serves the Southern Nevada community both as a retailer and as an employment training center for Opportunity Village clients. Founded in 1954, Opportunity Village is a local not-for-profit organization that assists adults with intellectual and related disabilities.

Residents from 30 gated and un-gated communities throughout Southern Highlands participated in the annual event, which was free and open to the entire Las Vegas Valley. In addition to unloading their own unwanted items, participants had the opportunity to uncover new treasures by shopping their neighbors’ wares. 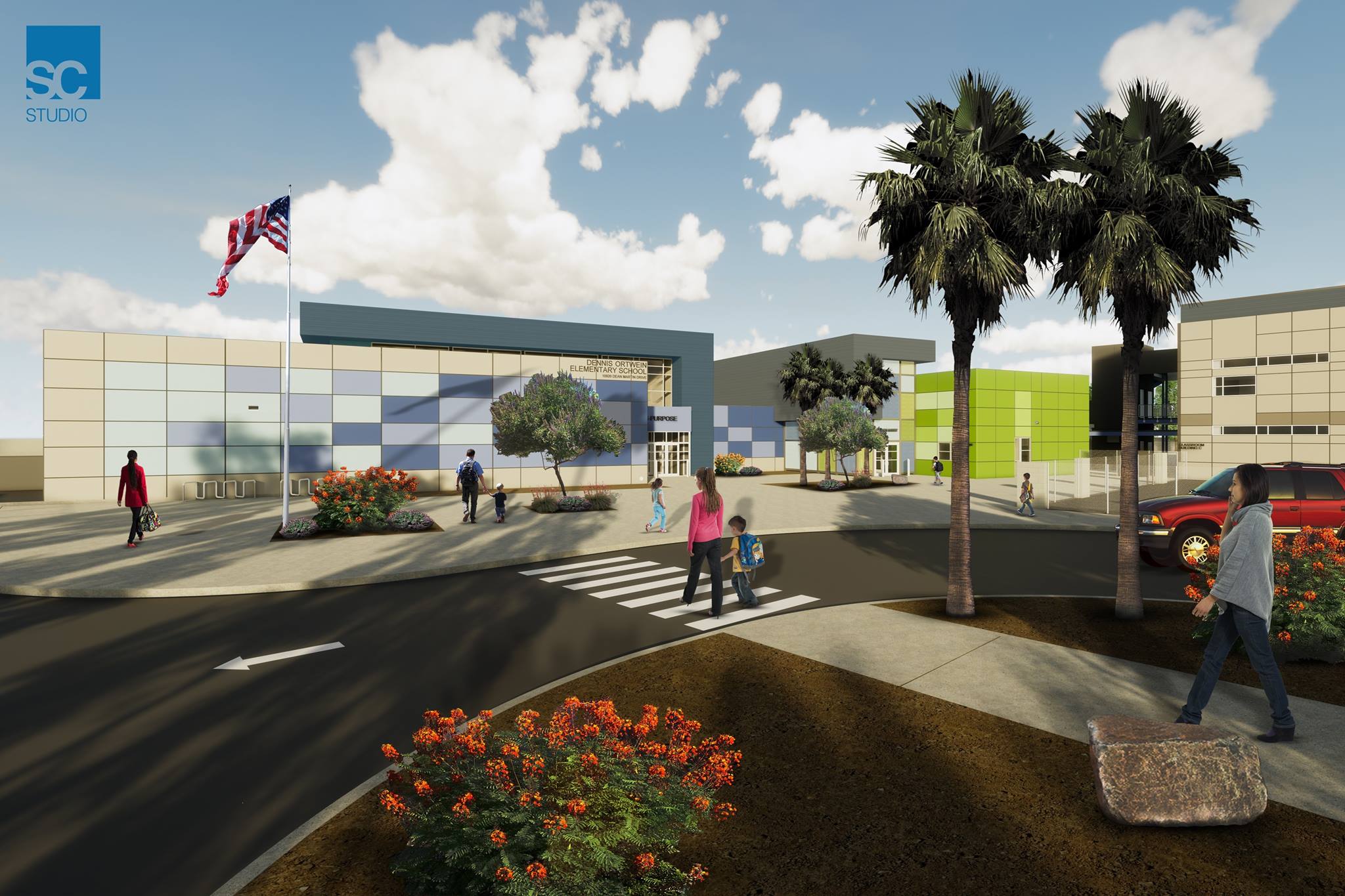 Construction is almost complete, the Facebook page is up, and the doors are set to open for the 2018-19 school year at Ortwein Elementary, Home of the Olympians! Located at Dean Martin and Interstate 15, south of West Cactus Avenue, the new CCSD school will be helmed by Principal Traci Holloway and house approximately 850 kindergarten through fifth graders.

To kick off the new school year, Ortwein Elementary welcomes students and families to a “Teacher Meet & Greet and Inaugural Tile Event” on Friday, August 10, from 10 a.m. to 2 p.m. The first day will commence on Monday, August 13, with a special ribbon-cutting ceremony.

A calendar of key dates and activities for the fall can be found on the school website, with everything from school pictures and spirit days to Trunk or Treat, the fall book fair and the winter holiday program.