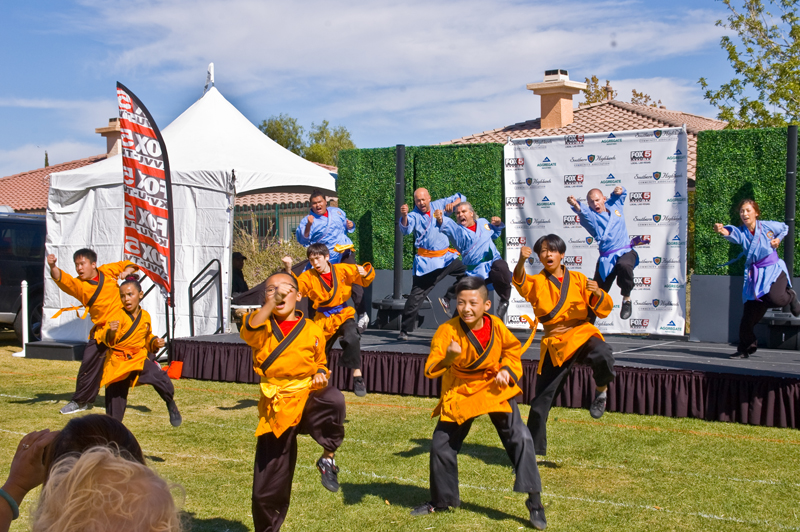 Attended by more than 2,000 visitors from the neighborhood, the community-focused event also puts the “fun” in fundraiser as proceeds generated through the sale of food, drink, raffle tickets, and pumpkins benefit the Southern Highlands Boys & Girls Club – who provide a safe and fun place for kids to grow and thrive through life-enhancing and mentor-ship programs and Andson – who provide financial literacy and academic mentoring programs in the Las Vegas Valley.

Organized by the Olympia Companies SH Charitable Foundation in tandem with Southern Highlands Community Association, the Fall Festival was spotlighted as a FOX 5 Take 5 To Care Event with familiar faces from the local television station including Dave Hall and Dylan Kendrick in attendance.

“The Fall Festival is one of my favorite events and each year and it gets better and better,” said Angela Rock, Executive Director of OCSHCF. “Nothing beats the smiling faces on the kids as families and friends come together for fun. Even better, we raise money for worthy, local organizations. The generous spirit of our attendees is the true definition of community.”
Among the highlights of the Fall Festival each year are the raffles held throughout the day. This year, widely sought-after prizes included a $1,000 Disney gift card, a 43” LED Smart TV, Kate Spade sunglasses, tickets to shows, gift certificates for dining experiences, and much more. Thanks to our raffle sponsor the Southern Highlands Builder Co-Op: Blue Heron, Century Communities, Lennar, Pulte, Tuscan Highlands, William Lyon, and Woodside.

There was no shortage of creativity as costumes spotted throughout this year’s Fall Festival included popular characters from television and film including a family dressed as the cast of Sesame Street, Woody and Jessie from Toy Story, plenty of costumed superheroes, spooky skeletons, fairy princesses, butterflies, clowns, and more.
A big thank you to all who attended this year’s Fall Festival with special appreciation for the many volunteers and sponsors Par 3 Landscape Management, Smith’s Food & Drug, FOX 5, Aggregate Industries, Geotek, and the Children’s Heart Foundation.

Entering its milestone 20th anniversary year, the Olympia Companies SH Charitable Foundation has raised over $20 million that has been distributed to numerous charities and their beneficiaries including many children, teens, and women in need.